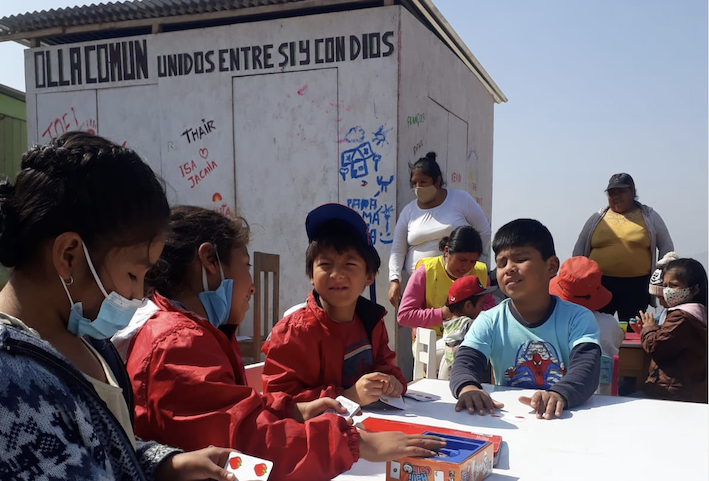 Valle Ecologico is a small community located near the top of one of the highest hills south of Lima, in the district of San Juan de Miraflores. It is one of Lima’s many “forgotten” communities, where families live in extreme poverty.

A few weeks ago, we discovered the area on one of our trips to bring food to another community. We were welcomed by the smiles of a few dozen children and their desperate mothers. We soon found out that the situation had become critical for most of the families. Without any form of income, far away from the nearest market, food had become very scarce and a daily meal was no longer guaranteed. The community felt completely abandoned.

Together with our friend Edwin Rojas and his team from ReciprocityNGO, an action plan was put in place. With the precious help of friends, sponsors and volunteers, several achievements were accomplished in just a few weeks:

Previous
Next
A story of hope

Together with our friend Edwin Rojas and his team

We have now brought food to over 1000 families in

Please read and share 🙏 The fog season has arri

It’s a common sight these days in the shanty tow

We are looking for service clubs that would like t